Grimsby biker legend Guy Martin has set his mind to a road trip around India. Guy is set to buy a Royal Enfield motorcycle that's loved in India and once again increasingly popular in the UK where it originated.

Royal Enfield is amongst the world's oldest motorcycle manufacturers still in business. The Bullet 350 has also been the longest running motorcycle model in continuous production! First built in Great Britain, the Bullet 350's have been made in India since 1955.

Guy intends to buy the bike and ride it to Goa, where he plans to take part in a famous local race. 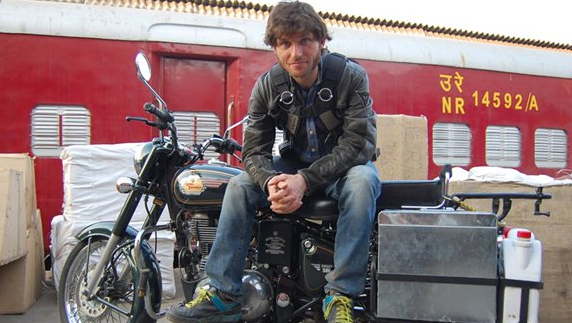 Episode 1:
At a Delhi market Guy buys a Royal Enfield bike with a traditional Hindu blessing. He rides with a biker gang, visits Asia's biggest truck yard, and sleeps among rats as he waits for a late train.

Episode 2:
Guy clambers up India's tallest building and has his preconceptions about slums challenged in Mumbai, before heading to Goa and the Rider Mania motorbike race