Camrider is an award-winning company; it has been in existence since 1977 and was originally part of a large County Council, Road Safety Department.

In 1992, Camrider became a private operation under the direction of Bernard Adams. Bernard is now the Managing Director and Chief Executive Officer of the franchise company, which administers all the different sites Camrider trains from.

Camrider is proud of its private formation via the assistance of the PYBT (Prince’s Youth Business Trust) in 1992. Now we have become keen supporters to the Prince’s Trust Youth Charity and donates where possible to their causes. Our CEO has been a mentor, a regular guest speaker and also a regional committee member for the Trust.

Since its founding, Camrider has grown to be a market leader in the field of motorcycle training. Today the company employs over 80 instructors and staff.

Riding should be fun and all our staff and instructors are real motorcycle enthusiasts with a passion for biking. We hope to provide all our customers with a safe, well run and friendly course that will set you up with skills for life as well as getting you the pass you need.

Finally, we try to make things easier for you. To support this we’ve invested in technology so you can practice your theory and hazard tests online and on mobile apps. In addition, we’ve provided a simple and guaranteed safe web booking process.

Not for Profit Ethics

Camrider is a community-based company where each regional branch is run as a “Not for profit” organisation. This means that all funds go directly to the provision of high-quality training without shareholders requiring or taking funds. Our ethic is to professionally provide the best possible level of rider safety training to motorcyclists across the UK.

Our local sites are run by dedicated kind individuals who have a love of biking and the backing of Camrider to make great training courses.

With Camrider you get the great attentive and personalised service from a smaller local company but with the financial backup, security and integrity of a larger national company umbrella.

It also means our quality assurance is second to none as we have five levels of checks and CPD in place to ensure the very highest standards are our baseline. We seek to improve every year and we constantly innovate in our training.

Over the years we’ve won a number of awards and accolades, including the Princes Trust Best Commercial Business Award. We have also received recommendations from:

We have been visited by BBC TV, Radio 4, Chanel 4. Channel 5, and many others who wish to see a leading example of a professional motorcycle training business.

Camrider is publicly known as a highly competent source of knowledge and expertise in our industry. Every month we have new enquiries from Newspapers, Radio Stations, Web Media and Television.

Camrider supports the advancement and mentoring of young people through practical training activities and positive influences. In 1994 Bernard became a founder member and Director of the Gauntlet Motorcycle Project. This project has helped thousands of young adults increase their life opportunities and dramatically increased their safety.

Since 1999 the project has gone from strength to strength with a new self-governing Directorship. Camrider continues to support the project where possible.

Camrider is the Main Sponsor and sits on the Committee of the Copdock Classic Motorcycle Club’s whose sole purpose is to stage its annual show and to organise motorcycle fun runs.

The show is the largest in the East of England and has over 14,000 attending each year.

The organisation is 100% not for profit and committee members take no salary or drawings, so all profits raised are distributed to local charities that include: East Anglian Children’s Hospices, The East Anglian Air Ambulance, Over the Rainbow Children Charity, Rospa, Police Bikesafe and many others.

The Motorcycle Club has no members other than its Committee, which at present consists of 19 dedicated souls, but to actually run our events we rely on a whole army of volunteer helpers and other organisations to whom we are eternally grateful.

The Distinguished Gentleman’s Ride is a worldwide event allowing riders of classic and unique motorcycles to raise funds to aid research for cures to prostate cancer and to aid projects supporting men’s mental health.

During the early part of 2017, Bernard and Camrider were contacted by the founders from Australia and agreed to host a ride for the Suffolk area basing the event from his home.

With some considerable planning, Bern and his team were able to organise an event with over 250 classic motorcyclists riding in convoy via an approved and marshalled route to the town of Bury St Edmund’s. That year with the help from that amazing group of volunteers over £14,500 was raised for the charity. 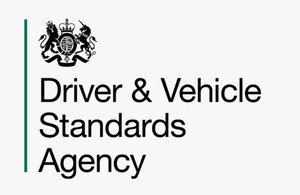